Recent awareness of the lack of diversity in the outdoors suggests to many that it is a new issue, or that it was never a problem in the past. Many white Americans have been enjoying the outdoors since the trails we know today were established—even before that.

For those who have been blissfully unaware, the new attention to this issue may seem as if the media created it. Those people often say that “nature isn’t racist,” “the trail is open to all,” and the people there are the “friendliest” group they’ve ever known. But sentiments and statements such as those are evidence of the fact that lack of diversity is an issue, and one that did not just appear.

With the election of President John F. Kennedy, the 1960s was slated to be the “golden age” of America. But more precisely, this golden age was for white Americans. By the end of the decade, the U.S. was a country in turmoil and at war with itself.

Truthfully, it’s no surprise to me that white Americans eagerly sought enjoyment and respite in the outdoors. Until the passage of the Civil Rights Act in 1964, the National Park Service’s position on segregation was that it would respect local laws. One of the most striking examples of that is Shenandoah National Park. 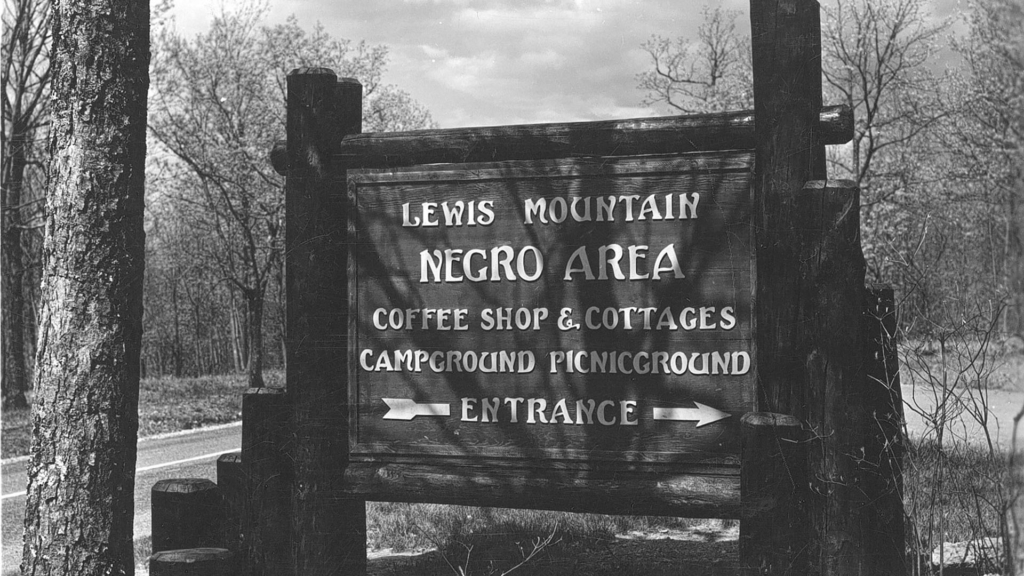 Even though the 1968 National Trails System Act passed four years after the Civil Rights Act, the outdoors didn’t suddenly become friendly to Blacks. In fact, many Black folks didn’t have the means to engage meaningfully with the outdoors. Whether or not the NTSA was created for this purpose, in essence, it was a way to placate desegregation.

So, while Black folks fought for equality, white folks were making strides to isolate themselves from Blacks. I can’t begin to imagine what my life would be like if I had the privilege to escape the daily injustices of being Black.

Most National Scenic and Historic Trails are upheld, maintained and restored by volunteers. These are individuals who see the benefits of the natural world and hope to maintain it for future generations. Today marks the 53rd anniversary of President Johnson’s signing of the NTSA. However, most Americans still aren’t aware of the existence of the National Trails System, and statistically, those who are knowledgeable are mostly white.

The systems of oppression and disadvantages that excluded BIPOC (Black, Indigenous, and People of Color) from the outdoors is detrimental to the future of our trails and our planet. As humans, our experience with the land reflects how we treat it, a meaningful connection with Nature instills a desire to protect it and maintain her.

I think about the future of the trails and of our Earth. I know for a fact I want us to have both—and I want them to thrive. For that to occur, people must work to maintain our trails and protect Nature. This starts with relationships to the Earth and with one another.

Today I invite everyone to start a new relationship with a trail and a human. Walk a trail, attend a trail clean up, and get to know your neighbor in the process.